Italian guitar virtuoso, Alberto Mesirca has headlined across the globe with his passionate, supreme musicality. His interpretations of music from Domenico Scarlatti to Benjamin Britten not only display a dazzling technique but more compellingly invite the listener to imagine with him a musical landscape that is expansive, dreamy, and sometimes, unchartered. Between performances, masterclasses, and lectures, Mesirca has a list a mile long of collaborations with other musicians, composers, and publishers. Amid his rich musical life, he sat down to share a bit about his journey with guitar in this interview. Enjoy! 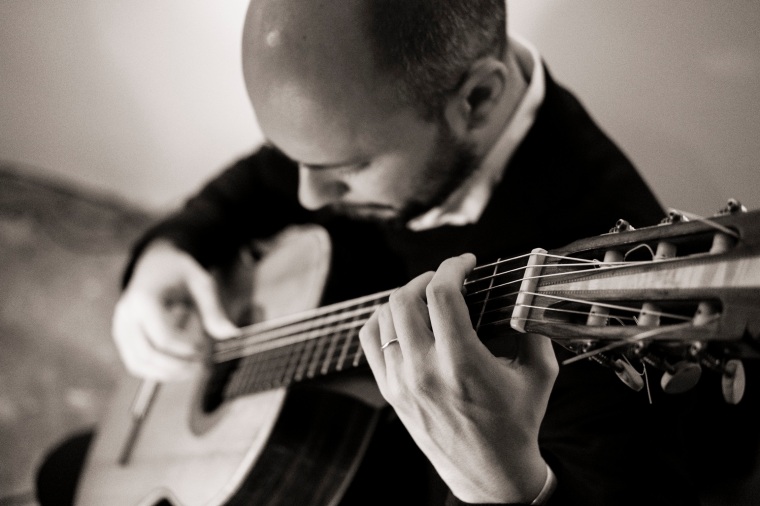 When did you start playing and why? Or, what drew you to the guitar initially?

I started playing when I was 8 years old, I wanted to play music as I loved music much earlier. My dad was a big music fan, specially of jazz. My aunt had a guitar at home and that’s the instrument on which I started playing.

What repertoire do you enjoy playing the most?

I like all kinds of repertoire that touch me in a special way or permit me to express inner feelings, to sing with the instrument. They can be from the renaissance or from our time.

What guitar or guitars do you perform on? Strings?

I have a guitar built by Giuseppe Guagliardo and a guitar by John Gilbert, both in spruce, with D’Addario and Savarez Strings

Which guitarists/musicians have had the most influence on you?

I have an infinite admiration for Julian Bream, who devoted himself to the re-discovery of the old British repertoire, to the request of compositions to the great composers of our time, and to establish for the guitar a position which could have been easily compared to the piano or the violin, as a major chamber music instrument. This due to his tenacity, extremely big talent, intelligence, and capacity. Plus I love his way of playing and his sound.

What recording/s are you most proud of?

I think I still like very much the one dedicated to Domenico Scarlatti. I have also a deep attachment to the first one I did, “Ikonostas”, dedicated to guitar music inspired by mysticism, and with a few important first world recordings: “Errimina” by Padre Donostia, discovered by Angelo Gilardino in the Segovia Archive in Linares, and his own “Ikonostas” and “Annunciazione” and “Sefer Torah” by Gianmartino Durighello.

Are there any recordings that you consider have the finest recorded sound for guitar?

What are some up and coming projects (recordings, concerts) you are excited about?

Now I am preparing a few concerts: recitals, a promotional series of concerts dedicated to the Chaconne (playing Dusan Bogdanovic’s wonderful Chaconne), and preparing a recording dedicated to Italian contemporary composers, having a few dedicated pieces by very interesting composers, like Filippo Perocco and Edoardo Dadone. 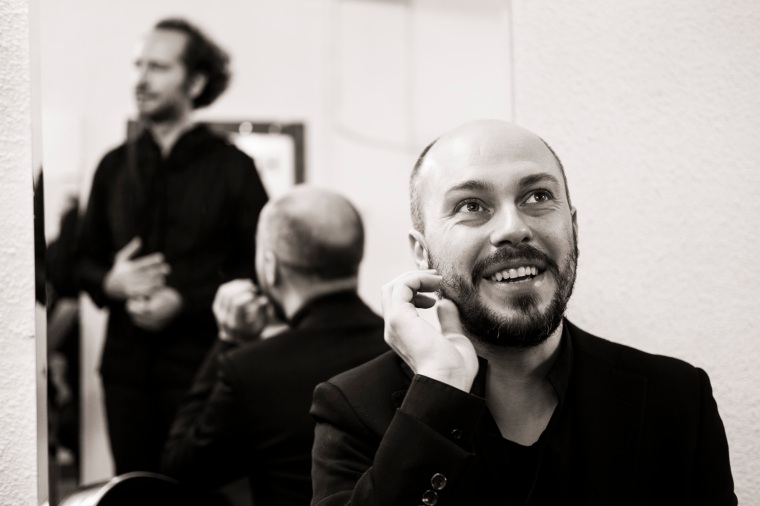 How much do you practice? And, do you structure your practice in any particular way?

I tend to warm up with a few technical exercises, scales, slurs, stretching, and then start focusing on the pieces. I love playing, and understood this even more since I started to have many obligations which kept me a  far from the instrument than when I just had to practice, so it doesn’t bother me at all to work on the guitar all day, if I can.

Are there aspects of guitar that you struggle with or that you find you are still working on?

I think it is a never-ending process, one tends to improve all the time, both technically and especially musically. I feel like I never managed to arrive at a point in which I can say: this is the definitive version. Otherwise I think I’d stop playing much earlier, as the vital and interesting aspect in making music is, for me, the search.

Do you deliberately memorize music or have a technique that helps assimilate music into memory?

I tend to memorize pieces easily, but it gets more difficult if the amount of music one has to perform is constantly growing.

I think that there are many memories and each one is helpful for a stable and safe performance: memory of the positions of the left hand, of the music itself, of the movements, of big passages etc. I think that a good exercise for memory is trying to play without the instrument, imagining the notes from the beginning until the end, which is not easy at all.

Have you published any editions or do you plan to publish your own editions in the future?

I did a few, and the very last one is an interesting one: the Chanterelle Guitar Anthology, for SCHOTT – 40 Classical Guitar Miniatures from Sor to Segovia. I am very happy because it is the result of a friendship with one of the eminent figures in the Musical Research and Publishing for the Guitar, Michael Macmeeken, with whom I previously worked for the publication of a previously unknown piece by Giulio Regondi (Feuillet D’Album) and together with the great Marc Ribot for the Complete Works of the Haitian composer Frantz Casséus.

I made also the recording which is attached, with a beautiful guitar by Donatella Salvato, a talented Italian guitar maker. 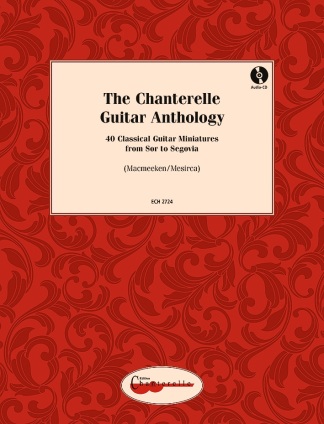 Do you have a favorite drill you use to warm up?

I tend to play scales, in apoyando and tirando, slurs, stretching, etc.

Do you have any pre-concert rituals?

Frankly not, but I prefer to play in the hall before entering on stage for the concert. This way I get used to the acoustics and dimensions of the hall.

Do you do anything to your nails or shape them in a particular way?

Not really, I tend to keep them round and not too long, shaping them with a file and then using this special paper with wax on it.

What single most important piece of advice about practicing would you offer to younger players?

Keep the love for what you’re doing and never forget the passion that drives you for creating music. If you have a lot of talent, especially at a young age, when competitions are routine, they can distract you from music by the mere search for technical perfection.

What repertoire do you consider essential for young/conservatory students to assimilate? Why?

I think Fernando Sor and Dioniso Aguado are still wonderful for students because they write in a polyphonic way, also the “easier” pieces, and thus one starts from the beginning to think the guitar as a polyphonic instrument, in which we are forced to lead voices independently.

Recordings that every young guitarist should be familiar with and why?

I think that guitarists should listen to more music, and not just guitar. Listening to recordings of great violinists, pianists, orchestras, and of compositions which are contemporary to the works they are studying can provide many more musical ideas than they would normally have if they didn’t listen to music. It is like expanding the possibilities, and playing according to the style of the time, rather than being influenced by the hands, by the technical difficulties. 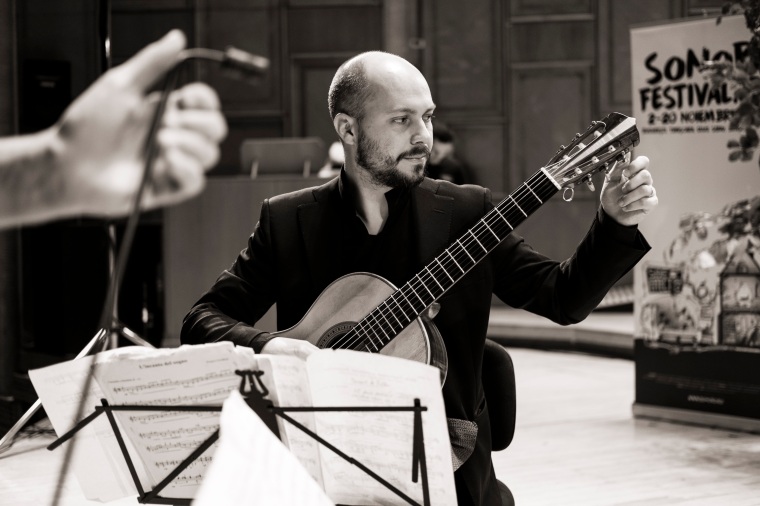 What is the last book that you read? Favorite author/s?

Do you try to stay healthy? Exercise? Follow a particular diet? Have a favorite pre-concert food?

I do yoga, and love it, and feel much better since I started, my back is very thankful! I don’t follow a particular diet but I try not to be excessive with anything, No favorite pre-concert food, but I try to stay light.

Do you meditate in any way?

Well I think that yoga somehow helps me to get back to the human breathing, which I must admit I tend to forget when in stress.

What is your favorite way to spend time when not practicing?

I love to travel, read, and take walks with my wonderful wife.